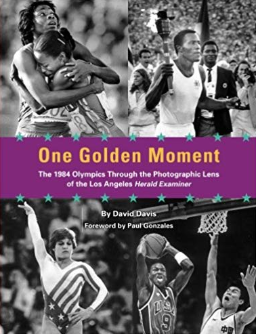 One Golden Moment: The 1984 Olympics Through the Photographic Lens of the Los Angeles Herald Examiner 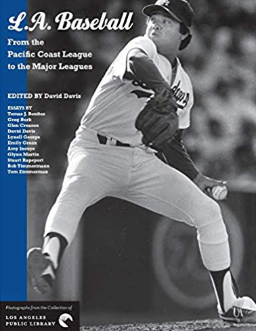 L.A. Baseball: From the Pacific Coast League to the Major Leagues

Full disclosure: I am not much of a photographer. Even the photos I take with my mobile phone come out only so-so. But I enjoy writing about sports photography and interviewing the world's top sports photographers, including Tony Duffy, Walter Iooss Jr., Rich Clarkson, and Marvin Newman. I've been fortunate enough to write about the subject for such outlets as the Chicago Tribune, the Los Angeles Times, Smithsonian, Deadspin, and LA Observed.

Since 2004, I've served as curator for three sports photography exhibits at Los Angeles Central Library. The vast Photography Collection at LAPL includes the archives of several now-defunct publications (e.g., Valley Times and Herald-Examiner newspapers), as well as notable private collections and projects. The photographs for the following three books were all selected from the LAPL Photography Collection.

One Golden Moment: The 1984 Olympics Through the Photographic Lens of the Los Angeles Herald Examiner
This book focuses on the 1984 Los Angeles Games via the extraordinary photographs taken by the staff of the Herald Examiner newspaper, from the unique preparations beforehand to the wondrous Opening Ceremony to the record-setting athletic performances of Carl Lewis, Evelyn Ashford, Joan Benoit, Daley Thompson, Mary Lou Retton, and Greg Louganis.

L.A. Baseball: From the Pacific Coast League to the Major Leagues
Like all of America, Southern California caught baseball fever in the 19thCentury – and the romance has never wavered. The photographs in this book capture the national pastime's ubiquitous presence in Southern California, from Pacific Coast League and Negro League action to the arrival of the Dodgers and Angels franchises to the controversy over Chavez Ravine to Fernando-mania and Kirk Gibson's home run.