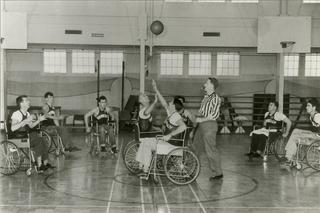 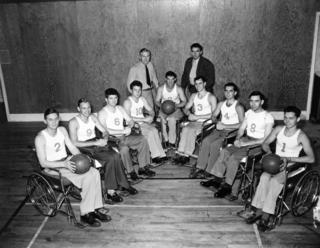 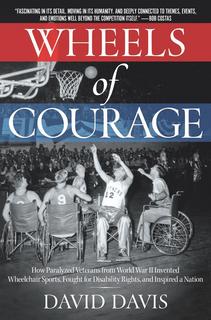 Out of the carnage of World War II comes an unforgettable tale about defying the odds and finding hope in the most harrowing circumstances.

Praise for Wheels of Courage:

"Just when you think every great sports story has been told and told again, along comes Wheels of Courage. Fascinating in its detail. Moving in its humanity. And deeply connected to themes, events and emotions well beyond the competition itself."

"This is an important and groundbreaking story about World War II veterans and their great courage to rise above their afflictions through the path of athleticism. They awakened the public that we are complete human beings who belong in society."
–Ron Kovic, author of Born on the 4th of July

"David Davis has written one of the best sports books of the year, but it is more than a sports book because of its inspiring nature."

"Wheels of Courage tells another remarkable story from the Greatest Generation: the invention of wheelchair basketball. Well written and meticulously researched, David Davis sheds light on a story of courage, inspiration, and hope that is a must read for all basketball fans."

--Douglas Stark, author of Wartime Basketball: The Emergence of a National Sport during World War II

"In this masterful narrative, David Davis tells a great story of courage and innovation. By uncovering this lost story of the Greatest Generation, Davis provides inspiration for those living today."
--Paul Dickson, author of The Rise of the G.I. Army

"The most thoroughly researched and best-written book ever written on wheelchair basketball."
--Armand "Tip" Thiboutot, co-author of Wheelchairs Can Jump! A History of Wheelchair Basketball

"Wheels of Courage belongs on every 'best of' 2020 booklist. Not only is this a deeply human and inspiring story. Through the lives of three men who pioneered wheelchair basketball at V.A. hospitals, we see taboos crumble and a social movement in its infancy. It is also a remarkable sports story. It is a story of how the participants, spectators, and supporters of wheelchair athletics made sports for people with disabilities a part of the American sporting landscape."
--Clayton Trutor, DowntheDrive.com

"Wheels of Courage is the best kind of nonfiction -- it's packed with history, reads like a fast-paced novel, and will give you a new understanding of the origins of disability culture as we know it." 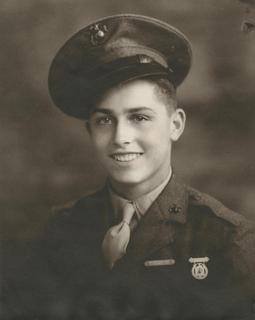 in his U.S. Marine uniform,

prior to the Battle of Okinawa. 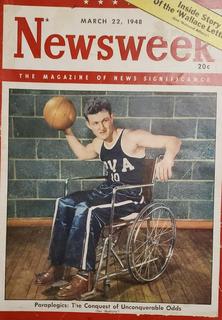